Alabaster Jubilee #2 is set for Saturday, October 22, 2022, on the green space by the old Siluria water tower near City Hall in Alabaster. Admission is FREE! This new fall event will feature a regional music lineup and local food. 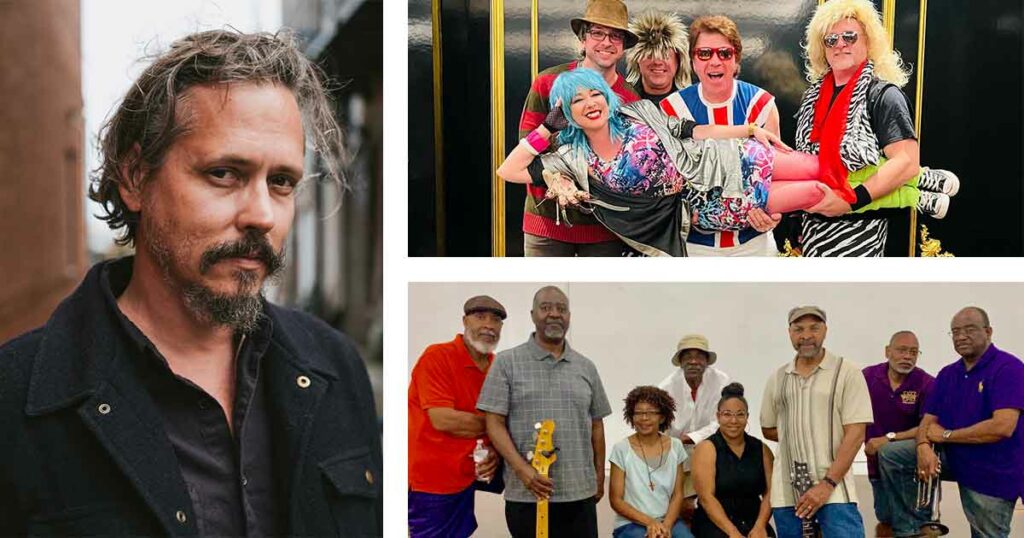 The Alabaster Arts Council is excited to announce Alabaster Jubilee #2. The event will begin at 3 PM on Saturday, October 22, at the green space around the old Siluria water tower, on the grounds of Alabaster’s municipal complex at 1953 Municipal Way. This new fall event will feature a regional music lineup along with local food trucks.

“With Alabaster Jubilee #2, we are presenting this event as it’s intended to be going forward,” says Adam Moseley, President of the Alabaster Arts Council. “It gives the community an opportunity to gather for some incredible music and great food from local vendors. We are very focused on bringing some unique music to Alabaster.”

Central State Bank, Coca-Cola and the city of Alabaster are among the sponsors for the event. “The city is a proud sponsor of Alabaster Jubilee #2,” says Jamie Cole, city council member in Alabaster’s Ward 5 and Arts Council vice president. “And, we are proud to host the event at our Municipal Complex, which will be its home going forward. We want to focus this year on music with local and Alabama ties, and we’re excited to announce the concert lineup.”

The event begins at 3 PM, and the first act on stage is Take 7, a local group of jazz musicians led by Alabaster resident Otha Richardson. Rounding out the band are Vincent Perry on keys, trumpet player Nathaniel Bagley, saxophonist Tyrone Cook, guitarist Marcus Noel, and bassist Eugene Black, along with lead vocalist Naomi Brown. Following at 5 PM are The M-80s, a rock tribute to the music of the 1980s that plays all over the Southeast. This is the first show in Alabaster for The M-80s in almost a decade. Alabaster resident Michael Weidenbach plays bass, with Larry Gambrill on drums, Jenni Mote on lead vocals, Mike Tucker on guitar, and Alabaster’s Jamie Cole on keys.

Rounding out the concert is John Paul White, performing at 7 PM. White lives in Florence, Alabama. He has cultivated his career in Nashville for two decades, first as a songwriter for a major publisher, then as half of The Civil Wars, a groundbreaking duo that won four Grammy Awards. White has earned a fan base among indie rock listeners, folk audiences, Americana outlets, and AAA radio.

His latest project is the album The Hurting Kind, which finds him teaming up with his songwriting heroes to write new music. Says White: “One of the first phone numbers I got was for Whisperin’ Bill Anderson. Bill (wrote and recorded) songs like ‘The Tips of My Fingers’ and ‘Still’ – and for me it’s canon. I thought, ‘Well, if he’ll answer the phone, let’s see who else will.’ So I called Bobby Braddock and he was up for it. He told me a million amazing stories about writing songs like ‘He Stopped Loving Her Today’ and ‘D-I-V-O-R-C-E’ and ‘Golden Ring’ … It was the best! It was so rewarding in other ways, too, because I got immediate feedback from them on whether I was writing country classic songs or not.”

And what if listeners categorize The Hurting Kind as country? “Well, that doesn’t scare me in the least,” he says. “As a matter of fact, it kind of thrills me.”

Food trucks will be on site throughout the event. “We encourage those attending the event to support our local food vendors,” says Camille Herron, Arts Council vice president, “and we thank our sponsors, Central State Bank, Coca-Cola and the City of Alabaster. We couldn’t make this happen without them.”